Instead of Just Trying to Keep the Ship Afloat, Manufacturer Sees Innovation on the Horizon 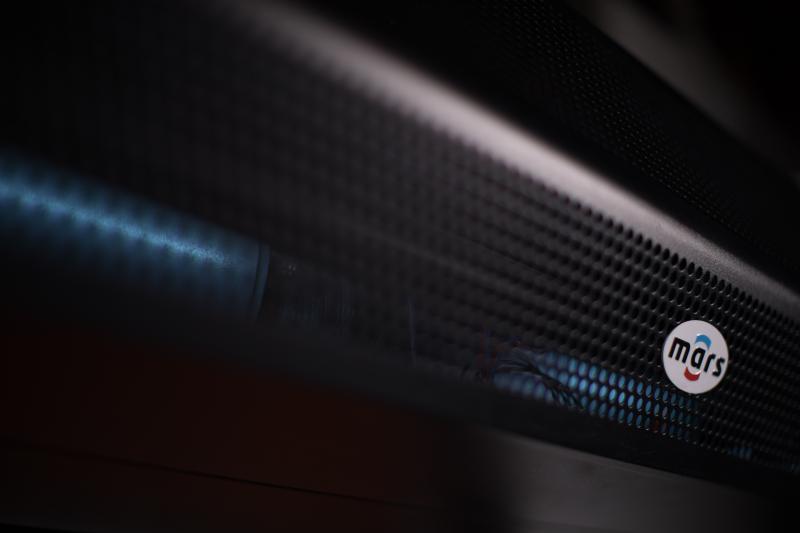 If you've ever walked into a building and felt a blast of air from above as you crossed the threshold, you might have experienced a Mars Air product in action.

For more than 50 years, Mars Air has been manufacturing air curtains and doors that are used to control environments and save energy costs by creating a barrier of moving air that repels dust, dirt, and insects, and keeps temperatures stable.

Aaron Bomar joined the company as Vice President of Operations about five years ago to take on an initiative to restructure the company. The result of the restructuring has been five years of record productivity, but there came a point when Aaron realized that the way that they were managing their technology was impeding their progress.

The signs that they were lagging with technology concerned Aaron. He saw that their IT project list was very long and that projects were seldom getting completed. He knew the company was not up-to-date with their hardware and software. Employee frustrations, though not voiced directly to him, reached his ears. Knowing that they didn’t have enough IT capacity to support the business placed great stress on him, now the CFO/COO.

“I saw where technology was lacking, and where the experience level was lacking,” said Aaron. “When we found out that we were several versions behind on our ERP software that runs the business, I knew that we were also falling behind with basic things like preventive maintenance.”

When it was time to look at their options, Mars Air CEO, Steve Rosol, contacted Marty Kaufman, owner of Accent Computer Solutions. Steve and Marty were peers in the same executive organization, but that didn’t mean that Accent was an automatic shoe-in for the job. Mars Air had a new internal CIO and Aaron tasked him with creating a feasibility study to determine which of the companies they were considering could best meet their needs that included some specific capabilities.

“I was looking for a company that could bring us up to a current level of technology; that had cross-functional technical expertise and knowledge; and that could be a forward-thinking strategic partner,” said Aaron. “I guess I wanted a one-stop-shop.”

The Mars Air team found that Accent met all their qualifications, and they have now been working together for a little over a year. During this short amount of time, they’ve made much progress on Aaron’s list of priorities and have addressed issues that they didn’t even know they had. For example, the company had a huge array of servers that made their IT environment overly complex and was chewing up resources. Their server situation is now reorganized, cutting waste and their operational costs at the same time.

“When Accent came in to do the initial assessment, they let us know where we were relative to the current environment and where we were behind. They put project plans and quotes together to get us up to date to where we should be, and they’ve done a tremendous job,” said Aaron.

Painless Experience with Big IT Projects

Restructuring the IT infrastructure so that it is streamlined and efficient was a capital improvement project that this CFO saw as an excellent investment. In addition to new servers and desktop computers, Mars Air now has an upgraded backup and disaster recovery system which has enhanced the way that they manage risk from a corporate standpoint.

The company is currently undergoing that ERP update that they knew they needed. Because Mars Air now has a solid IT foundation, there are no worries that they’ll have to compromise on speed or functionality. An email migration to Office 365 was recently completed which Aaron says was a painless experience.

“Accent’s project assessment, planning and implementation is tremendous,” said Aaron. “They look at the details and are very methodical.”

Aaron views the ERP update as a way to step up their capability, and there are some innovations that he sees on the horizon that would never have been possible without the work that they’ve done with Accent to create a stable IT system.

“There’s no way we would have been thinking about innovation if we had not gone through those improvement projects,” said Aaron. “We would still be trying to keep the ship afloat.”

CFO Appreciates Peace of Mind as Much as Cost-Effectiveness

The outcomes of Accent’s work with Mars Air can be seen in faster, smoother, more efficient operations. For a CFO, cost-effectiveness might be his top objective, but partnering with Accent has also brought Aaron peace of mind in place of the constant stress that he felt when IT was out of control.

“What Accent provides does help us out as a company. We’ve improved profitability and have eliminated the need for an internal IT department,” said Aaron. “I think it was a good choice to go with Accent and I would do it all over again if I have the opportunity.”

Learn more about Managed IT Services and Consulting for Southern California Manufacturers.

“ What Accent provides does help us out as a company. We’ve improved profitability and have eliminated the need for an internal IT department. I think it was a good choice to go with Accent and I would do it all over again if I have the opportunity.”

For more than 50 years, Mars Air has been manufacturing air curtains and doors that are used to control environments and save energy costs by creating a barrier of moving air that repels dust, dirt, and insects, and keeps temperatures stable.