For many companies, the COVID-19 pandemic has been the trigger for pushing ahead technology improvements that were previously sitting on the back burner.

At North Shore Greenhouses, Inc., in the Coachella Valley of Southern California, the IT initiative that was accelerated was a new Mitel phone system.

North Shore Greenhouses, produces culinary herbs for a national market. They use technology to streamline operations and they’ve been pioneers in the use of robotics, solar power, and geothermal energy in agricultural production and packaging.

It’s a family owned, and operated business founded by Leo and Suzette Overgaag. Carli Buehler is the IT Project Manager. 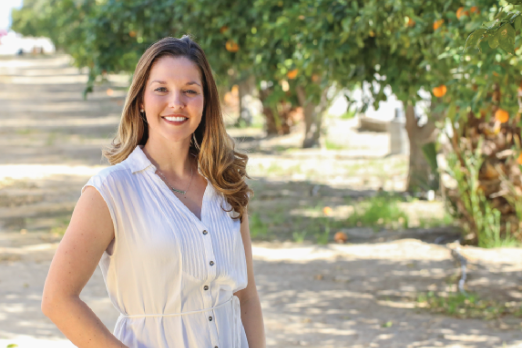 Hardware Discontinued, Service Disruptions, Desire to go to the Cloud

Carli and the team at North Shore Greenhouses, were already considering replacing their phone system before COVID-19 hit. As they were contemplating an upgrade sometime in the future, they knew they wanted to move away from an on-premise system to cloud-hosted VoIP (Voice Over Internet Protocol) service.

Then they started having issues with their phone service provider, and the hardware for their existing system was discontinued.

All three of these factors collided right in the middle of the pandemic when North Shore Greenhouses, had a good portion of their employees working from home.

“We had no phone system for almost three weeks, so we had to forward our phone lines to a temporary phone. We had one person answering this phone and then if the call was for somebody else, they would have to give them their number or find another way to get ahold of them,” said Carli. “It was incredibly inconvenient and unprofessional.”

The downtime and the frustration that came with having to find workarounds nudged North Shore Greenhouses into making the change in their phone system.

Advanced Capabilities Don’t Have to Cost a Lot with Mitel

Carli shopped around before she decided on a Mitel phone system. Her homework led her to the conclusion that advanced capabilities don’t have to cost a lot, and she could get the functions that they really wanted.

Call quality and reliability were at the top of Carli’s list. She also wanted increased capabilities for audio and video conferencing as well as integrations that would let workers click to dial, and schedule meetings.

Their new phone system needed to give remote employees a better communications experience, so a high quality soft phone and mobile app were essential.

“Our old soft phones didn’t play nicely with our VPN so we wanted that functionality, as well as a mobile client,” said Carli. “And we wanted a short learning curve.”

Smooth Migration to Their New System

When it came time to migrate to the new system, the transition was implemented almost completely remotely, and Carli was surprised at how smooth it went.

Prior to the cut-over, Accent had set up a separate internal network to divide the phone IP addresses. They also guided the setup of an internet failover which was another improvement that was already on North Shore Greenhouse’s list of future IT initiatives.

Some people at the company were a little hesitant to rely on the internet for phone service so the failover provided some peace of mind. However, cloud-based communications can actually be more reliable than on-premise alternatives because they aren’t tied to local internet or power sources.

Expected and Unexpected Benefits from Their New Phone System

From day one, the people at North Shore Greenhouses have recognized the benefits that have come with their new phone system.

They immediately bumped up the quality of voice calls, and the volume of calls that they can handle. They’ve started to integrate voice communications with other applications that they’re already using. Server space has been freed up for other purposes.

“I didn’t know the phones were going to be so nice! People appreciate new things and they were really excited to get a new phone,” said Carli. “I had no idea how impactful that would be for our team. They really appreciated it.”

The time was right for North Shore Greenhouses to upgrade their phone system when their old-fashioned reliable service wasn’t reliable anymore. In retrospect, they may not have waited so long if they’d known that they could increase customer and employee satisfaction for about the same dollars.

“There are a lot of phone systems out there that have a lot to offer, but they don't make sense for a small to medium sized business. Mitel can accommodate any size business, but you get all of the bells and whistles without a giant PBX system.” North Shore Greenhouses, Inc. is the proud grower and packer of premium, living culinary herbs and greens. At the root of everything we do is a culture of innovation, quality and utilizing earth friendly practices. In fact, our roots are so important that we leave them on all our consumer packaged products so they are delivered on shelf as the freshest herbs available. We continue to be a leader in greenhouse innovation. North Shore offers a fun, collaborative work environment where everyone is invested in the overall success of the company. Our team members feel valued and recognized for their hard work. Be a part of the growing produce industry and the increasingly important healthy lifestyle consumer sector.